Clouds is a Finnish electronic music production team that consists of Tommi Liikka and Samuli Tanner. Tommi is a Helsinki native and Samuli comes from a small village deep in rural Finland. The pair met through mutual friends in 1999, and ever since planned on working on some music together, hindered by both working on various projects and shows of their own. The plan was finally realised after a string of coincidences and happy accidents led them to sharing a house in the northern suburbs of Helsinki.

Both members share an interest in the DIY aesthetic often connecting all kinds of music made with passion, not brains. And passion is a trait that overlaps any genre or style boundaries, leading to music that is willing to break the mold.

By 2006, Tommi was already deep into dubstep, and when the pair finally got together for a few fun and productive sessions trying to nail down the style, Clouds was born. The Clouds sound is like a soundtrack to the invasion of earth by little and green, but dubwise, aliens. It’s a fresh take on the standards of dubstep, combining elements from video games, experimental music and hip-hop with deep melodic meditations and dancefloor-shredding basslines. Always keeping it fresh, Clouds tracks rarely tread a path they’ve previously stepped on. This has been noted by many of the scene’s top DJ’s, leading to Clouds being championed by people like Joe Nice, Geiom, Skream, N-Type, L-Wiz, Dj/Rupture, Mary Anne Hobbs and Tes La Rok. Not ones to leave the footwork for others, Clouds has also been travelling to spread their sound to various places such as China, France, UK (DMZ and Subdub among others), Russia, Ireland and Sweden. 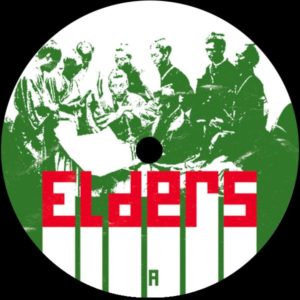