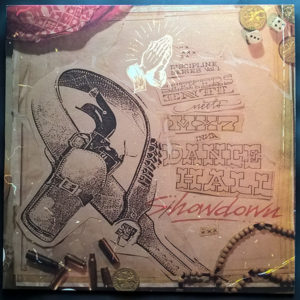 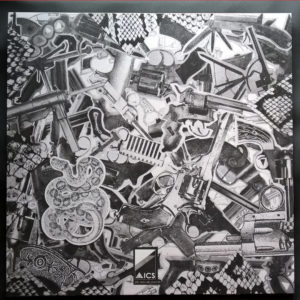 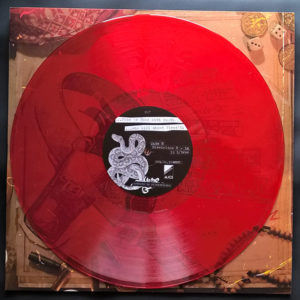 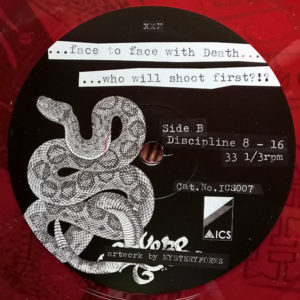 “Shimmering hologram oases belie the bone-dry heat inna this ya ghost-bloodcl@$t-town; When tumbleweed beliefs pose as the only sign of life, it’s time to step into Death’s saloon; Bust down the dusty double-swinging doors even the Preacher-man dares not enter!

The Bartender has run out of liquor and listening;  Sullied Doves have danced their last number; Lawmen, levelled and long-gone, litter the dance floor;  Bodied outlaws doubled and draped over the bar. When the only exit is a horse-drawn hearse;  Face to face with Death, who will shoot first!?!”

Step into this rattlesnake-ridden realm!  Dancehall Showdown is a crazy non-place world where 60’s Spaghetti Westerns, 70’s Library Synth Records and 90’s Golden Era Dancehall come together for a death-defying communion inna Yard!   The old posse of SKRS and MX7 ride once again under the banner of their co-run label, ICS Library Records, off into the fringes of sound-based reality.

SKRS’ OG Papa Coolbreeze reinforces their select palette, “This album is our reiteration of influences ranging from Spaghetti Western era Upsetters to Raymond Scott’s Manhattan Research Inc. to early Horsepower Productions.  Now the soundtrack we paint, however, is something entirely unique on its own”.  Simply put: there’s NOTHING like it out there!

Full disclosure: this LP has been shelved for well over 3 years now with the sudden disappearance of Oklahoma’s now-mythical Digitalis Recordings, who were set to release it hot on the heels of their 2012 SKRS debut LP, TheCallFromBelow.  Since then, we’ve laboured to break more ground and lay several more keystones in the growing SKRS/ICS groundation-foundation in order to withstand its intensifying expanse and weight.  Now that the ground has been prepared, we’ve decided to take Dancehall Showdown back into our own hands and give it the proper love and nurturing we had always intended for it. 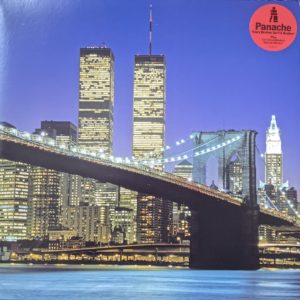 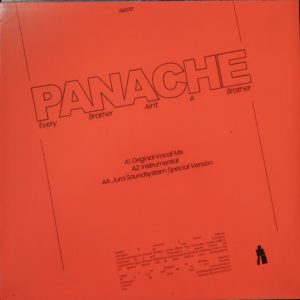 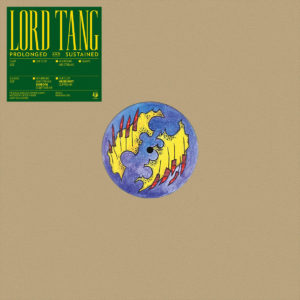